Just fill out the information below...
CUSTOM JAVASCRIPT / HTML
* we will not spam, rent, or sell your information... * 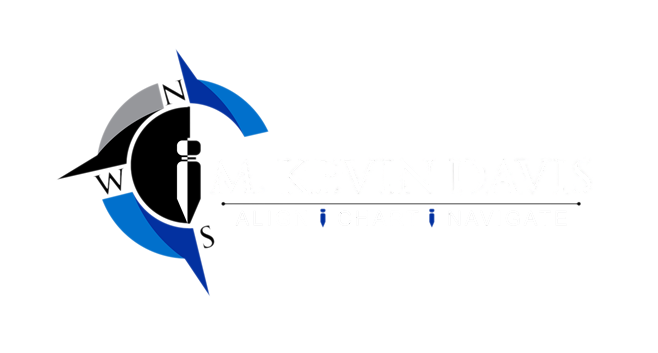 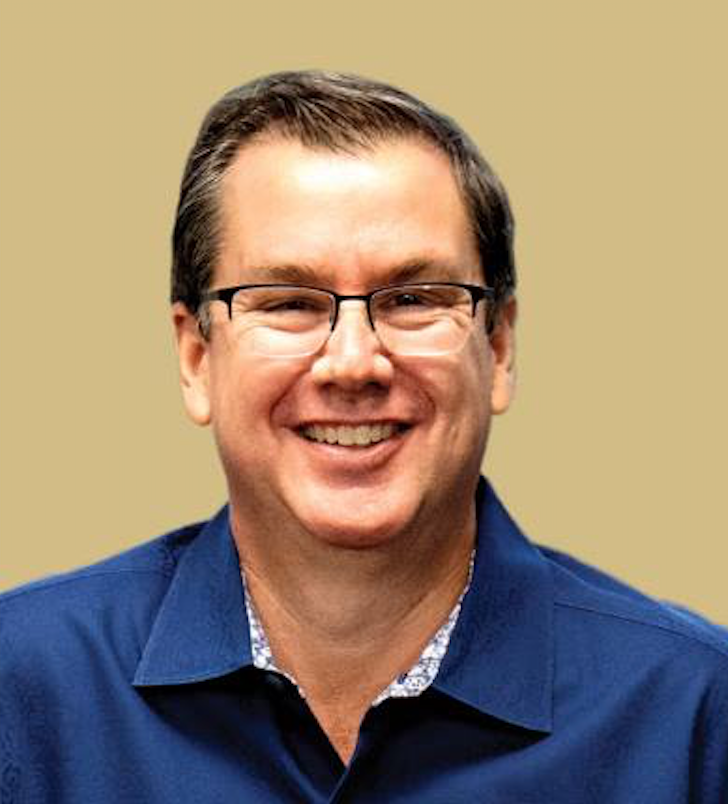 "The Fastest Way to Success is to Replace Bad Habits with Good Habits."
Tom Ziglar 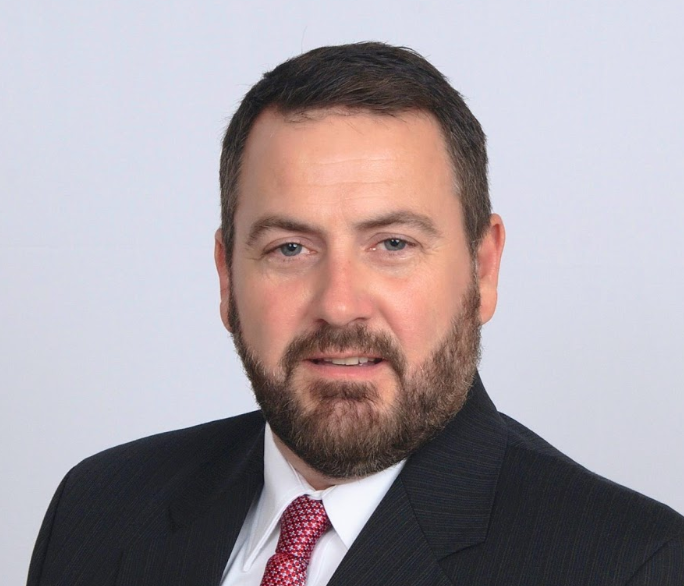 "“Life is a journey of aligning your dreams, charting your course and navigating your way to a purpose-filled life.” 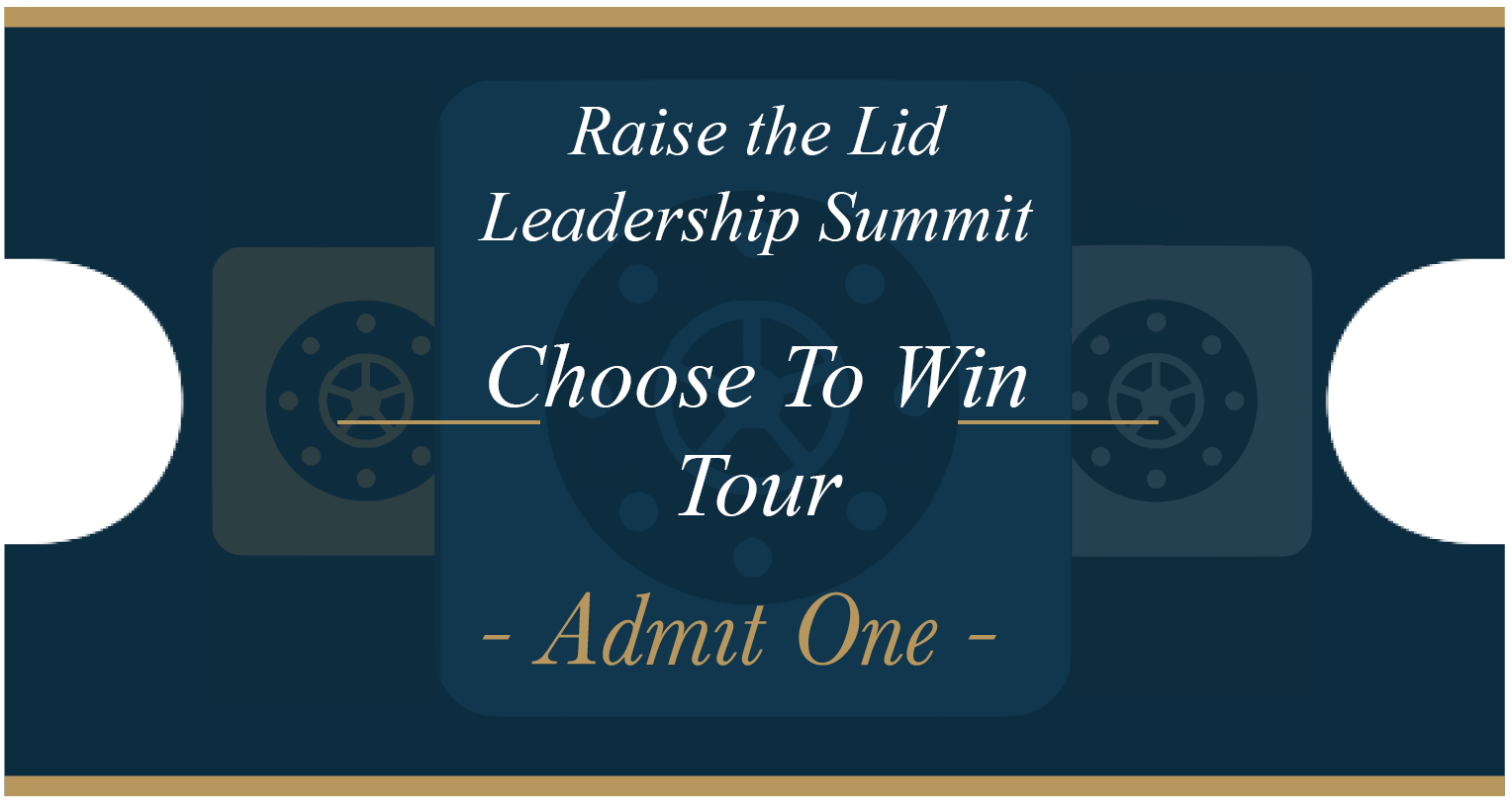 Choose to Win
with Tom Ziglar and M. Kevin Davis
REGISTER BELOW!

A truly transformational event  to raise the lid on your leadership abilities and multiply your success exponentially!
Join Tom Ziglar and M. Kevin Davis as part of the Choose to Win Tour, to Inspire, Equip and Motivate yourself and your teams to increase their leadership reach, resulting in better engagement, productivity, efficiency and profitability.
Date TBD
The Mountain Arts Center - Prestonsburg, KY 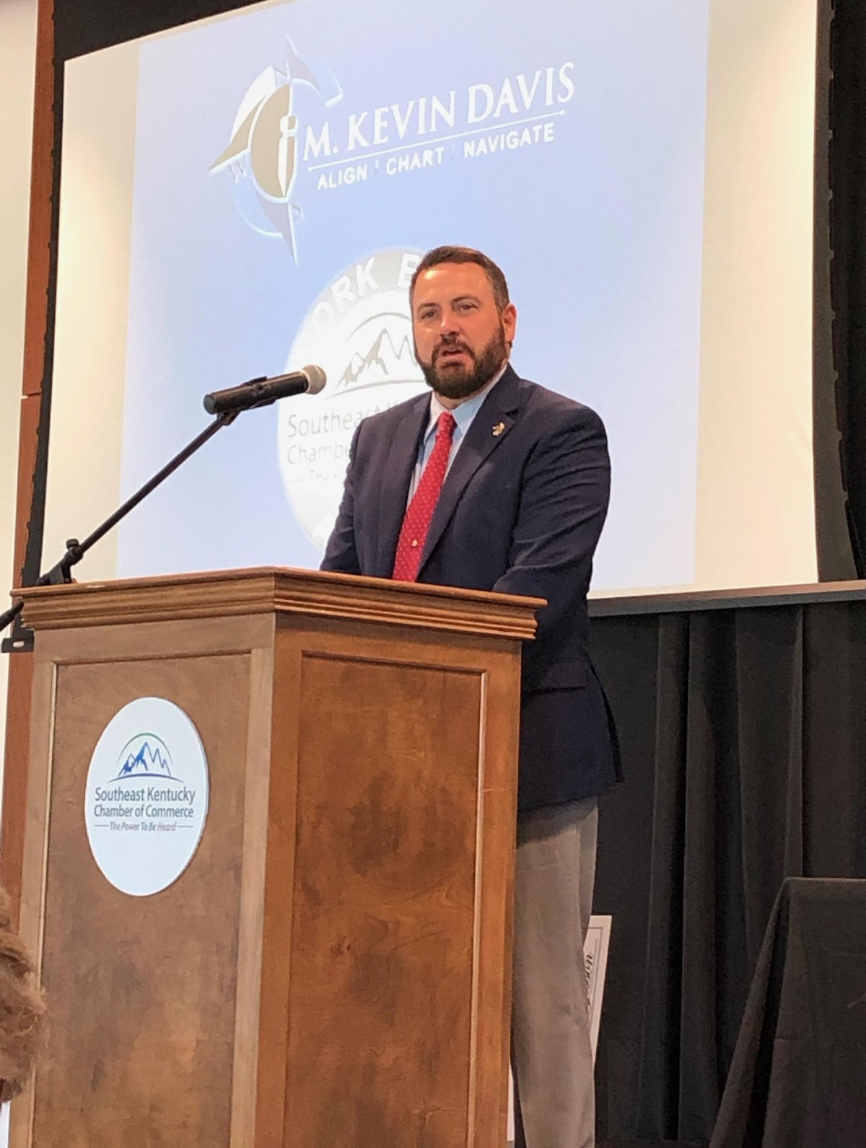 Here's Why You Should Attend

Seats are Limited so Get Your Ticket Today if You’re Ready to Discover:
Raise the Lid Leadership Summit is your chance to be inspired, equipped and motivated to realize your potential and develop the leadership skills to take you to the top.
Agenda
DATE TBD | 9:00am-4:30pm
*Doors open at 8:00am for registration 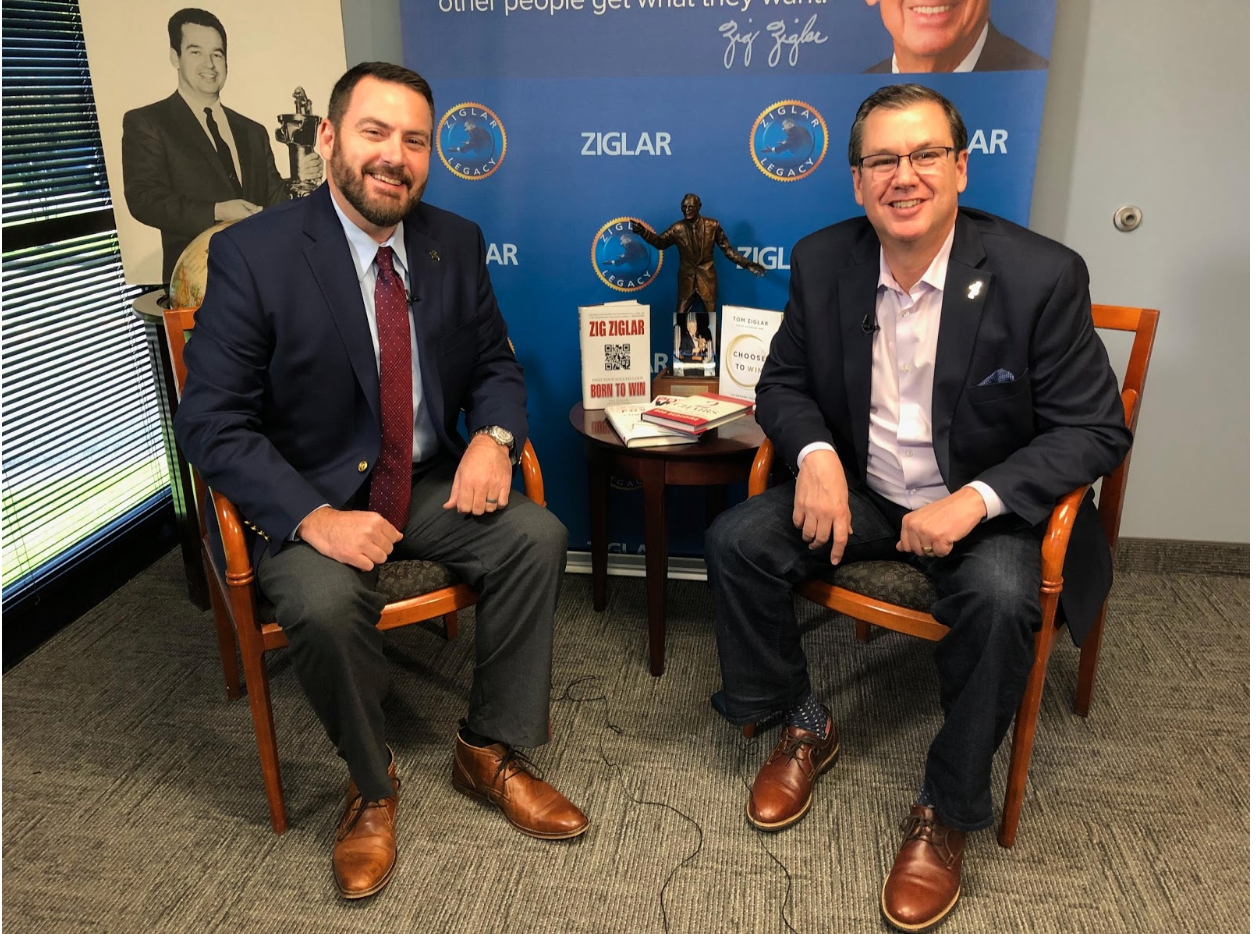 SESSION 1: Become a Lid Lifter
So many people live beneath their potential due to lids that have been placed on them by themselves and others. Zig Ziglar said “You were designed for accomplishment, engineered for success, and endowed with the seeds of greatness.” It’s time to realize your potential and accomplish your dreams.
In this session you will learn: 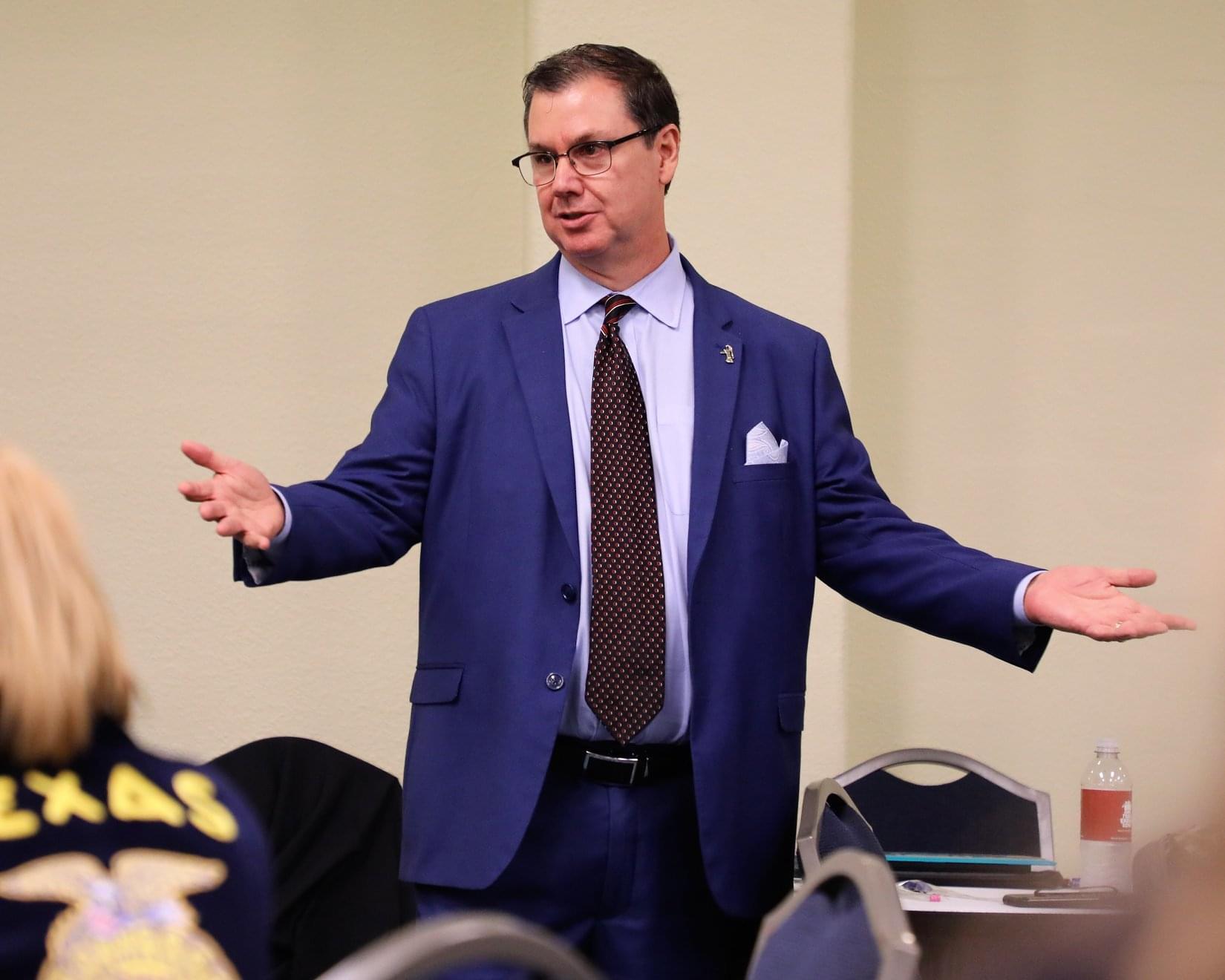 SESSION 2: Get Your Team Engaged Through Dream Alignment
One of the most important things we do as a leader is to engage our employees. Although this is one of the most important duties of a leader, Gallup polls says nearly 70% of employees are disengaged or actively disengaged. This is a struggle all leaders face. The good news is there is a solution.
In this session you will learn: 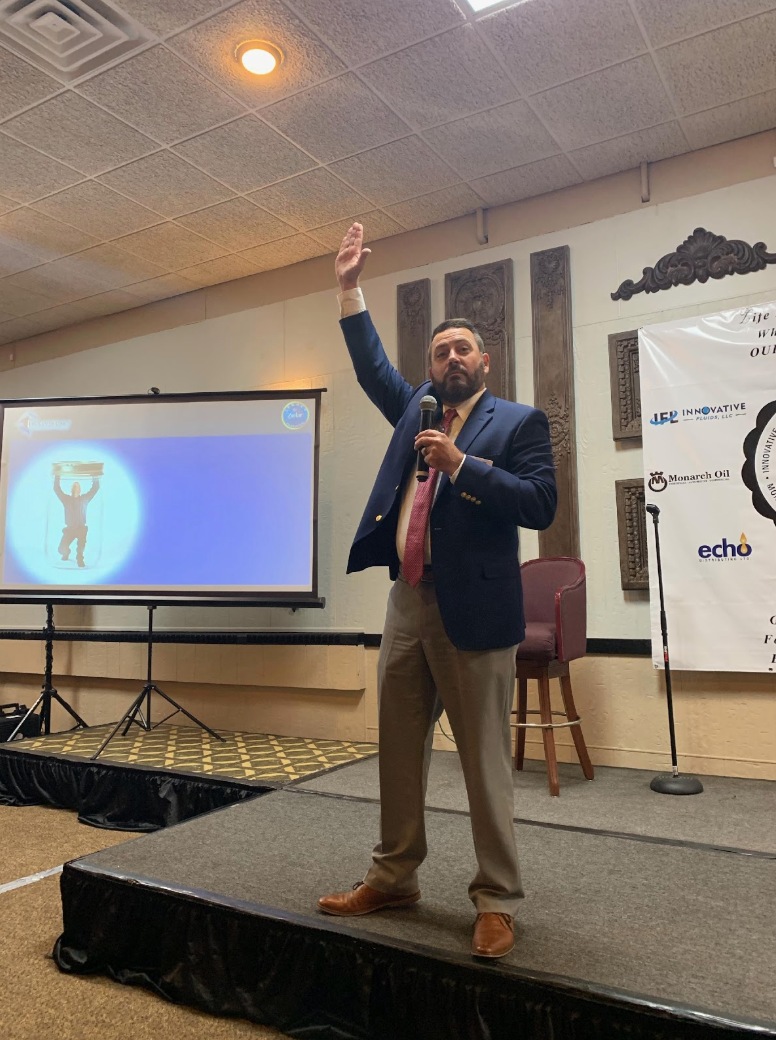 SESSION 3: Building the Best You‬‬
Is it really possible to be happy, healthy, and prosperous? Can you really expect to have solid family relationships, peace of mind and a feeling of security? Is there hope for a better tomorrow? The answer is a resounding “YES!” You will discover that you have everything already necessary to make your life better.
In this session you will learn: 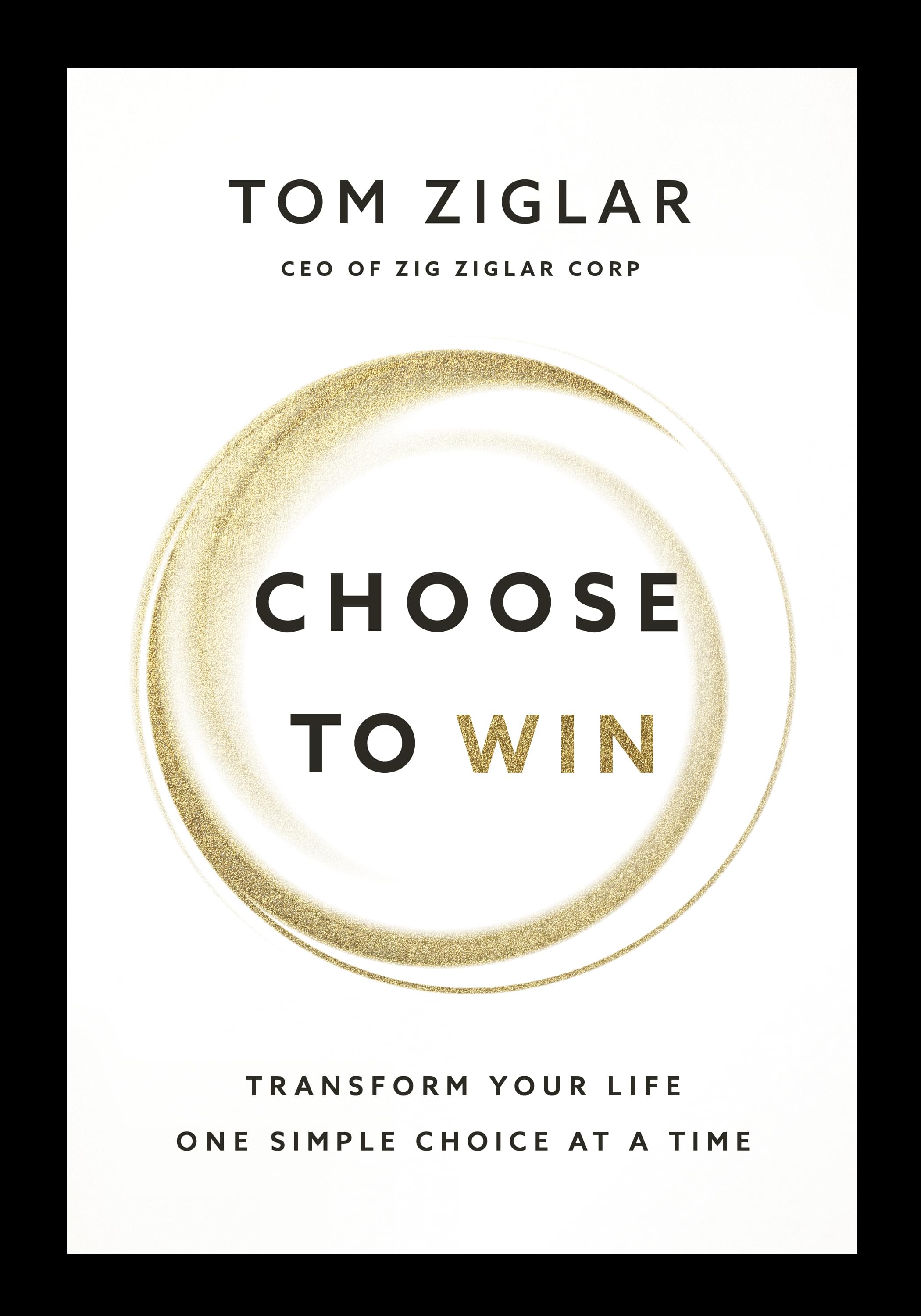 SESSION 4: Choose to Win: How to Transform Your Life One Simple Choice at a Time
The choices you make in every area of your life will determine your success in your personal, family, and business.
In this session you will learn: 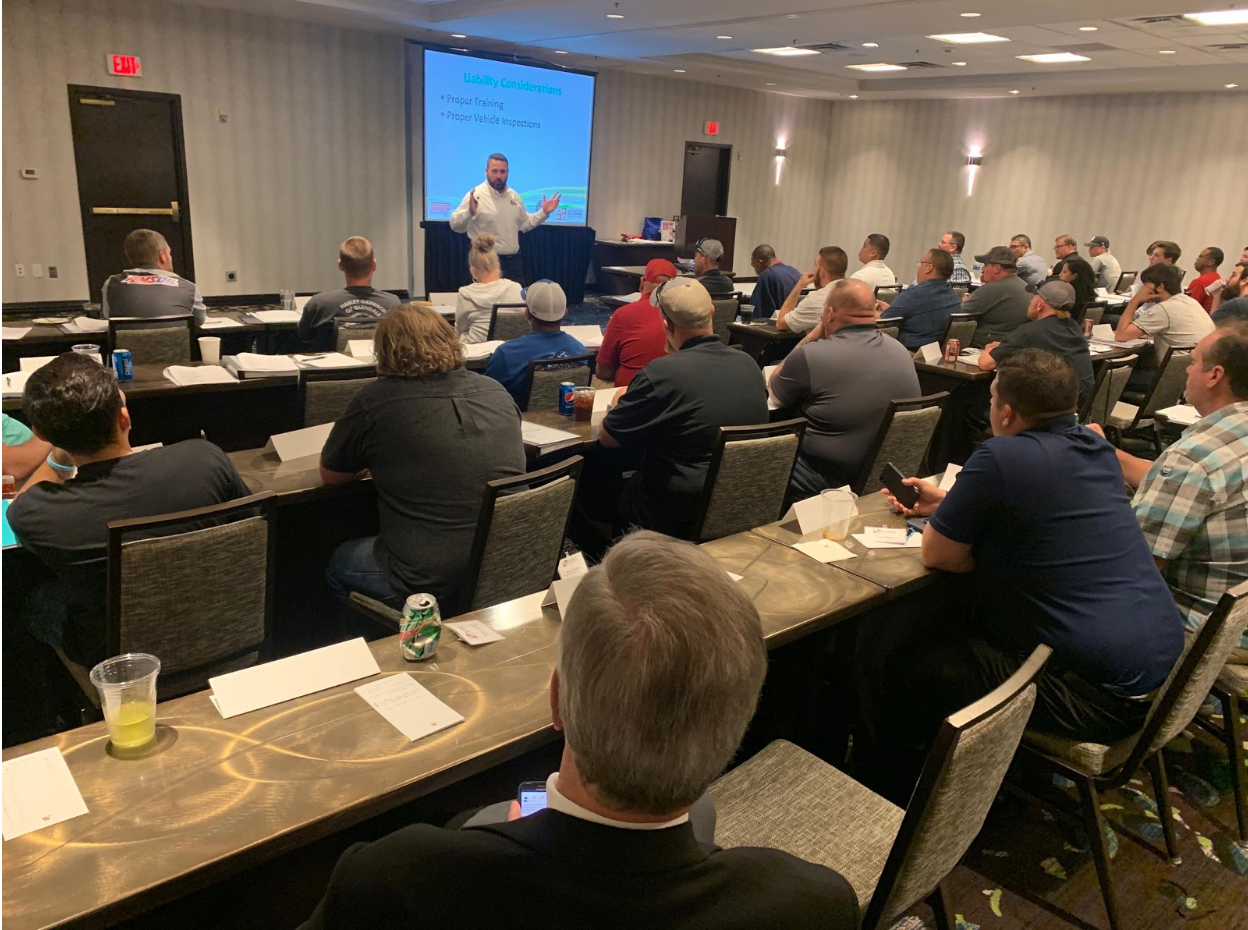 SESSION 5: Building Winning Relationships‬‬
Relationships are extremely important. How well you get along with your boss, your customers, your friends and your family members can determine the accomplishments you achieve in life.
In this session you will learn: 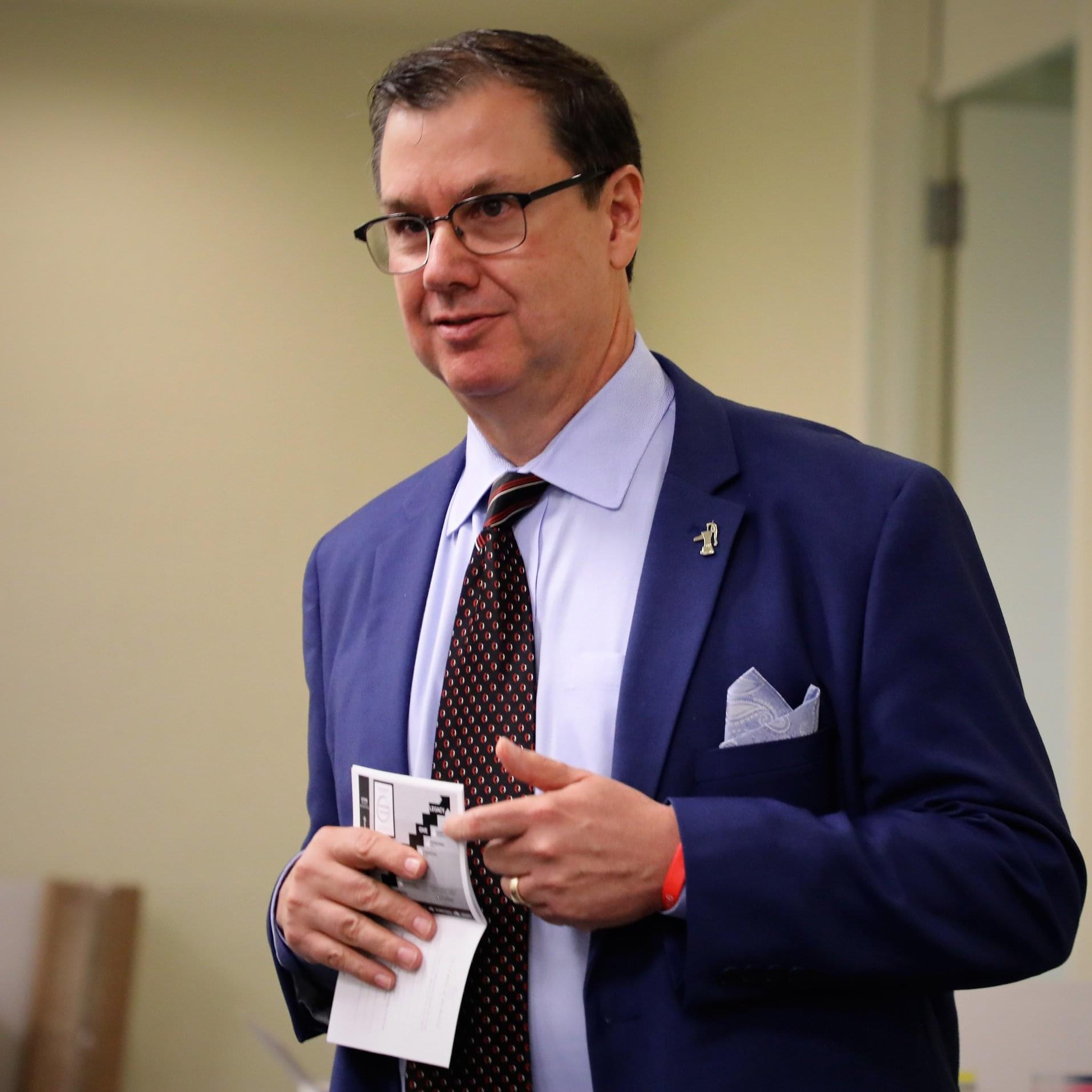 SESSION 6: Atmosphere‬‬‬‬
Atmosphere - It's Up to You
Atmosphere is more than the environment and far more important than culture. Creating the right Atmosphere changes everything.
Atmosphere:

Tom Ziglar
As CEO of Ziglar and key collaborator on his father’s 30th book, Born to Win, Tom carries on the organization’s profoundly simple philosophy, “You can have everything in life you want, if you will just help enough other people get what they want.” Tom loves to share this lesson with everyone, from billion-dollar companies to small-business owners to prestigious academic institutions— to YOU at our Secrets LIVE event. With Tom’s innovation and world-class coaching, Ziglar has continued to be a go-to resource for rising entrepreneurs.

M. Kevin Davis
M. Kevin Davis is a person of strong faith, a devoted husband and father, an entrepreneur, international speaker, trainer, and executive coach, whose philosophy is simple: “Life is a journey of aligning your dreams, charting your course and navigating your way to a purpose-filled life.”
For more than 25 years, Kevin has been inspiring, motivating, and equipping others to live out their dreams. He has devoted himself to developing and strengthening the personal and professional growth of others through speaking engagements, one-on-one leadership building, and most importantly by serving others. 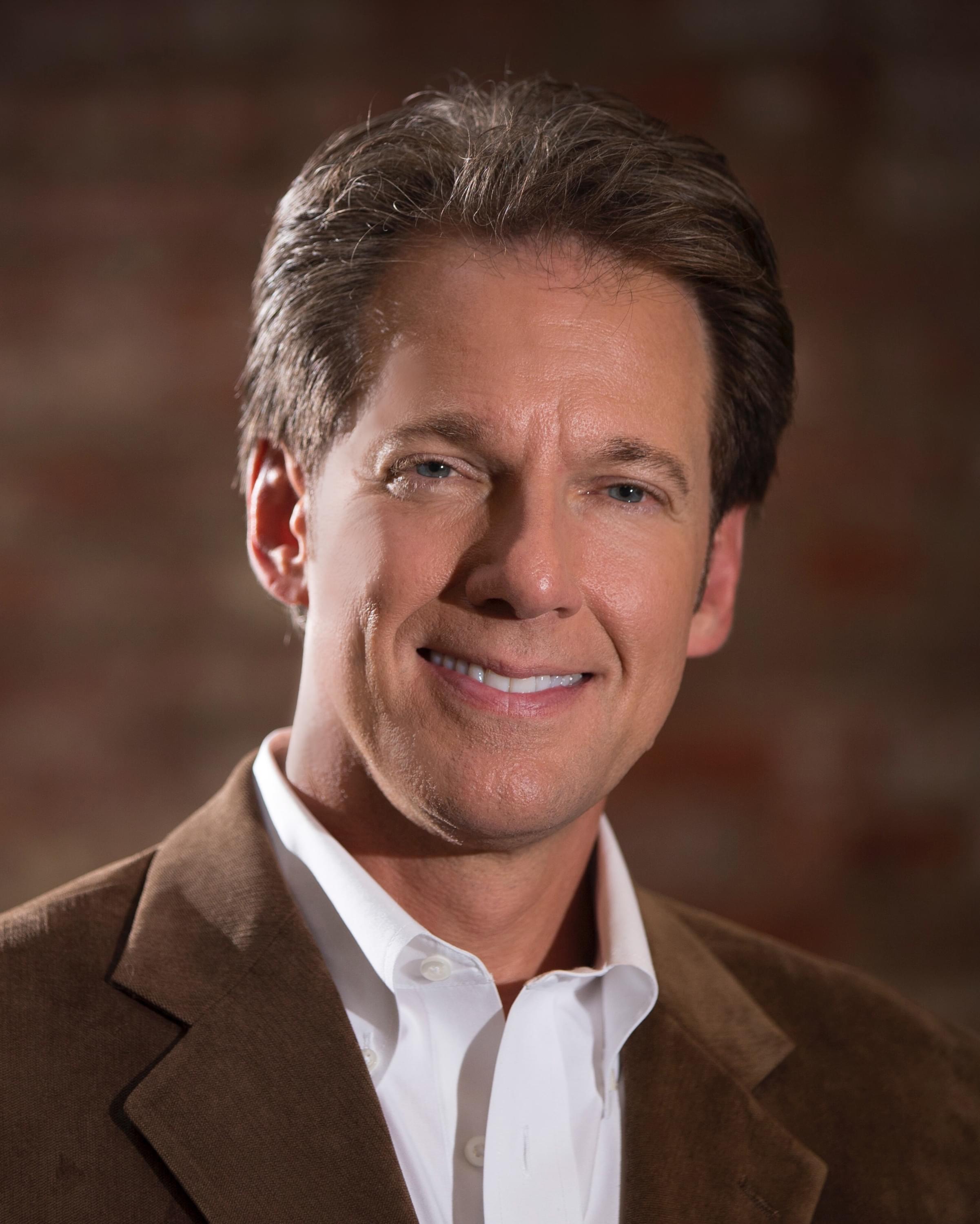 Special Emcee: Kevin Williams
Kevin Williams is an American guitarist, comedian, and speaker whose 34-year
career in music is full of milestones. Kevin continues to be the guitarist, band leader, and resident funny guy with Bill & Gloria Gaither, The Gaither Vocal Band, and "The Gaither Homecoming" TVSeries, performing approximately 60-70 concerts per year with them.
Kevin has performed in many of the major NBA arenas in America, and world-

Hall, and the Oslo Spektrum. His guitar and crazy wit have been heard from stages in  all 50 US states, 18 countries, and 5 continents.
Kevin and his wife, Kathy, have been married 23 years and have 2 daughters,
Carolina and Olivia. He is an ordained deacon, and has led a men's Bible study in
Nashville for 9 years.
Kevin says his mission in life is, “To put smiles on faces and to bring joy, hope,
and encouragement to audiences everywhere.” He certainly seems to be
accomplishing his mission.
General Admission Seating
$199 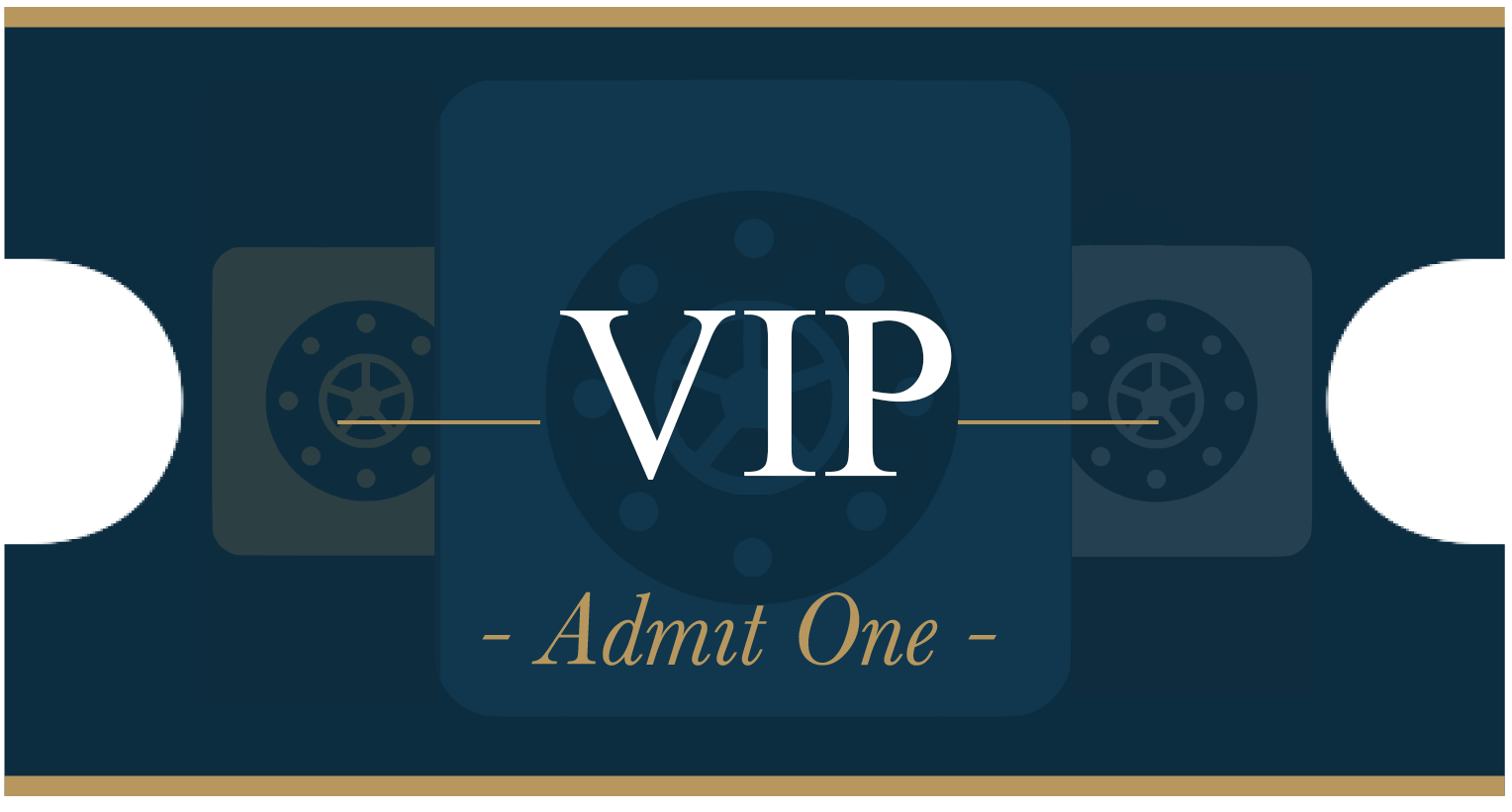 REGISTER NOW: Group Rate Act Now! Seating is Limited & This Event WILL Sell Out
Sponsor the Event!
Do you have a large group or would you like to be a Corporate Sponsor for the Event? 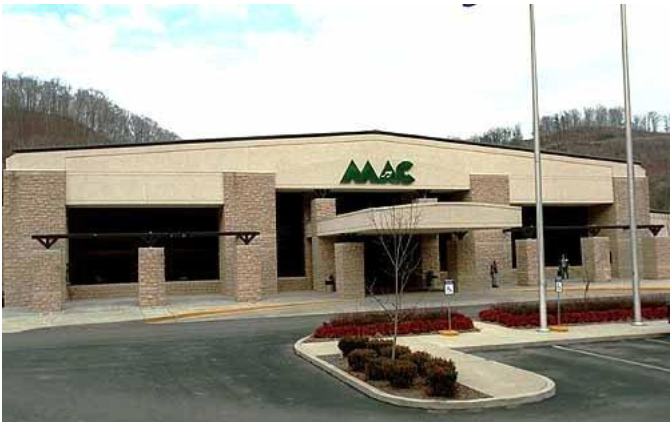 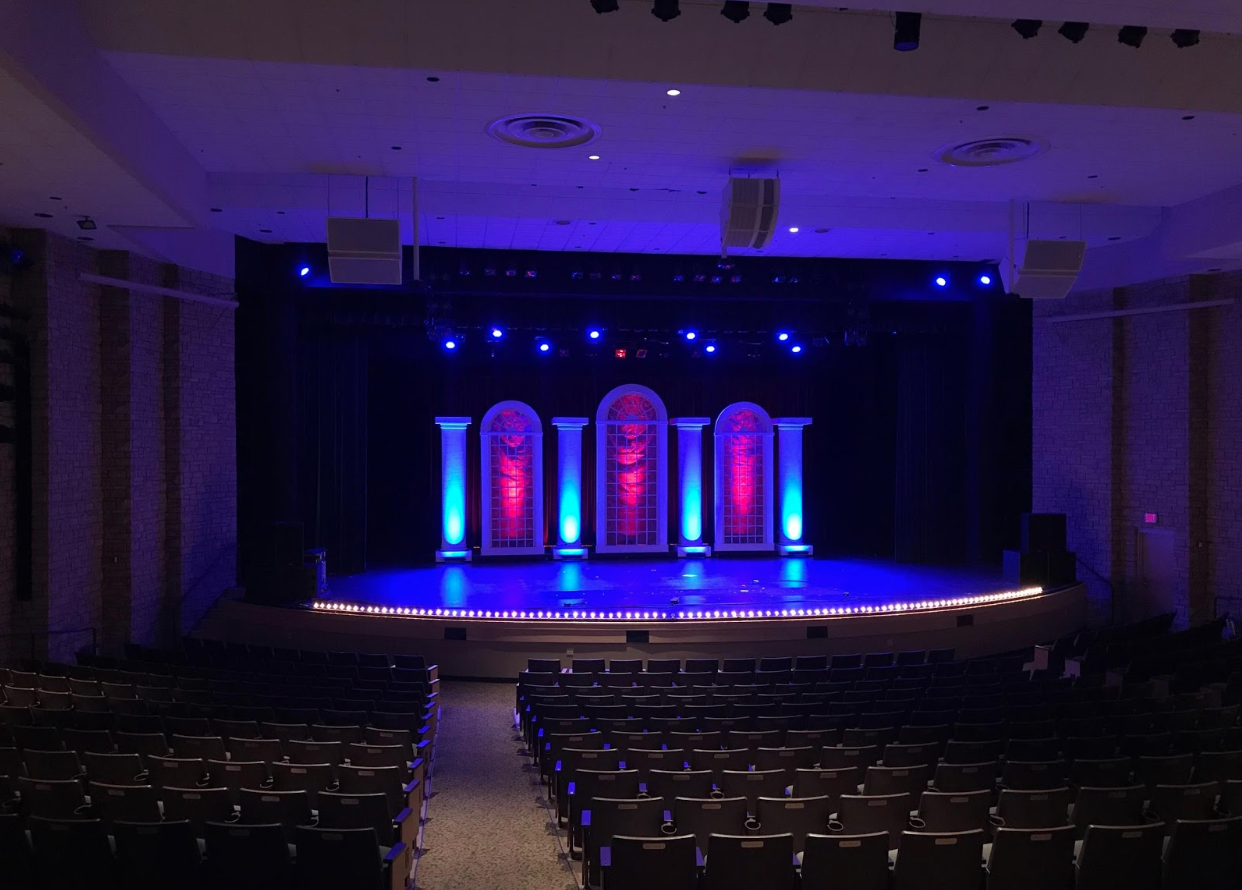 In October of 1996, the MAC hosted its grand opening and the music and cultural fabric of Eastern Kentucky has not been the same since. This beautiful facility houses a 1,044 seat theatre, several large meeting rooms, a commercial recording studio, an art gallery, an arts education room, and several individual instruction practice rooms.
The MAC is located within a stone's throw of US 23 Country Music Highway which is certainly appropriate. The state-of-the-art venue plays host to national headlining acts from a wide range of musical genre - bluegrass, gospel, rock and of course country - including many of Eastern Kentucky's favorite sons and daughters such as Loretta Lynn, Billy Ray Cyrus, Patty Loveless, Ricky Skaggs, Dwight Yoakam, and Chris Stapleton.
The Choose to Win Tour is an Event You Won’t Want to Miss! 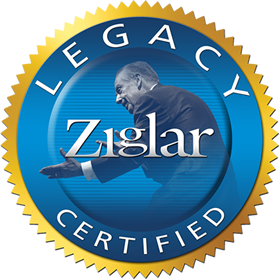 Where else can you get access to some of the best and brightest entrepreneurs and leaders on the planet?

Where else can you learn the secrets of personal development, leadership and career success?


Where else can you hone your skills and walk away with powerful, actionable advice that will put more money in your pocket, and help you take your success, OVER THE TOP?

THE ANSWER: Nowhere else but The Raise the Lid Leadership Summit
This event will put you in a room with like-minded individuals who share Zig Ziglar’s timeless philosophy that, “You can have everything you want in life if you just help enough other people get what they want.”
Now is the time to get the success you deserve!
© 2021 Ziglar, Inc. All rights reserved.
Event Operated by Ziglar Inc, and M. Kevin Davis, LLC (800) 527-0300